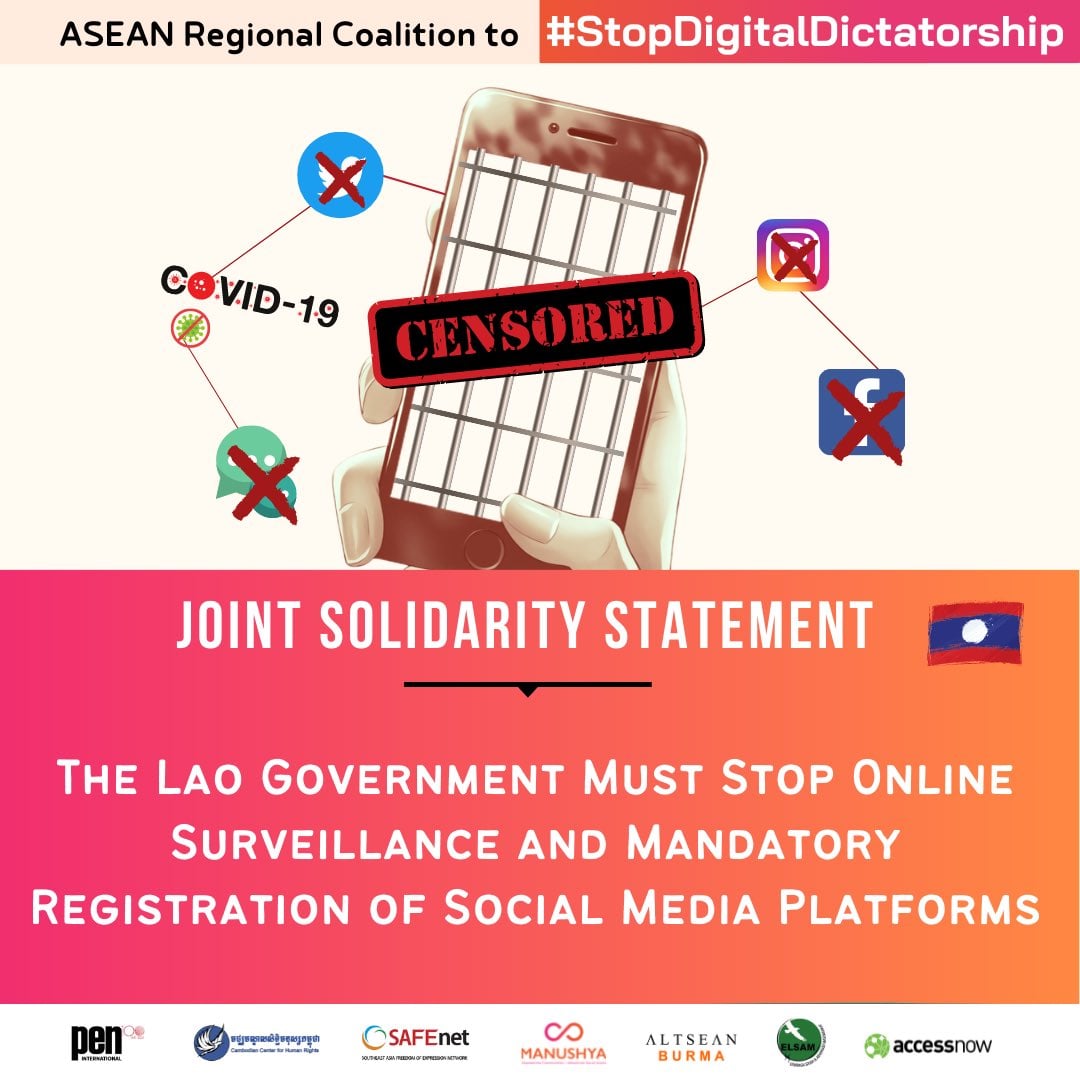 The ASEAN Regional Coalition to #StopDigitalDictatorship calls on the Lao government to stop its surveillance of Lao people. The Coalition condemns the Lao People’s Revolutionary Party (LPRP) Government for its attempt to impose a digital dictatorship on the rights and freedom of Lao people and free media to prevent them from critical reporting and free expression.

“The reinforcement of social media platforms’ registration and severe control of online information are another reflection of the digital dictatorship in Laos, which violates the digital rights of individuals, especially freedom of the press, freedom to access information, and freedom of expression. The crackdown on dissents can be exemplified in the case of Houayheuang Xayabouly, also known as Muay, an environmental activist and woman human rights defender who repeatedly used Facebook to criticize the Lao government’s undemocratic actions and who is currently in prison serving a 5-year prison sentence for distributing anti-state propaganda.”