[RESOURCE] New Resolution on Gender-Fair Language in the Philippines 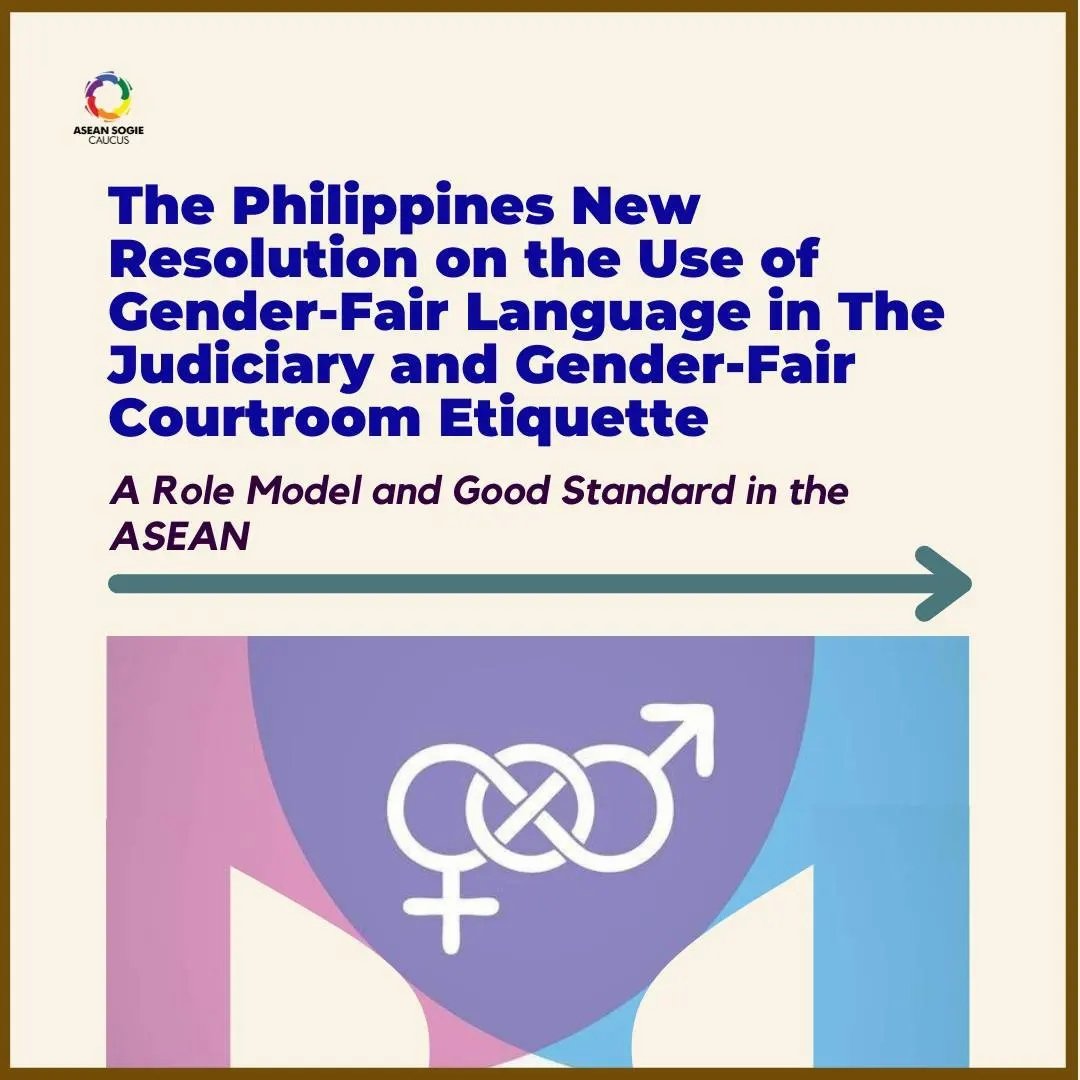 Sharing from the ASEAN SOGIE Caucus on Twitter: “On February 15, 2022 the Republic of the Philippines issued a new resolution on the Use of Gender-Fair Language in the Judiciary and Gender-Fair Courtroom Etiquette. This resolution was approved by the court due to recognition that language is the most widely used medium of communication, both written and oral, and it affects how courts articulate the need to recognize the importance of transforming language from traditional usage to a more liberating one, which is gender sensitive.”

READ the guidelines on #GenderFairLanguage here.